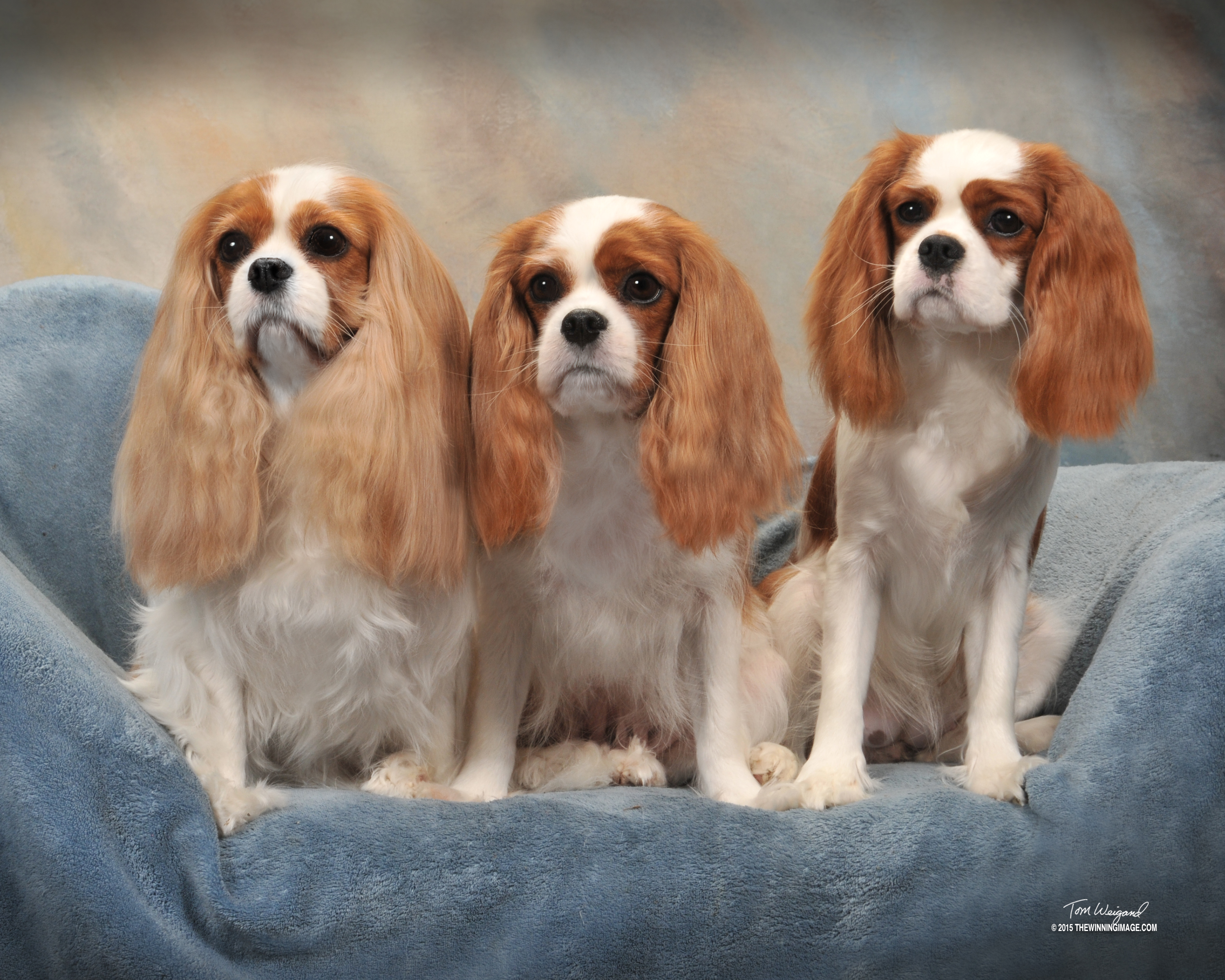 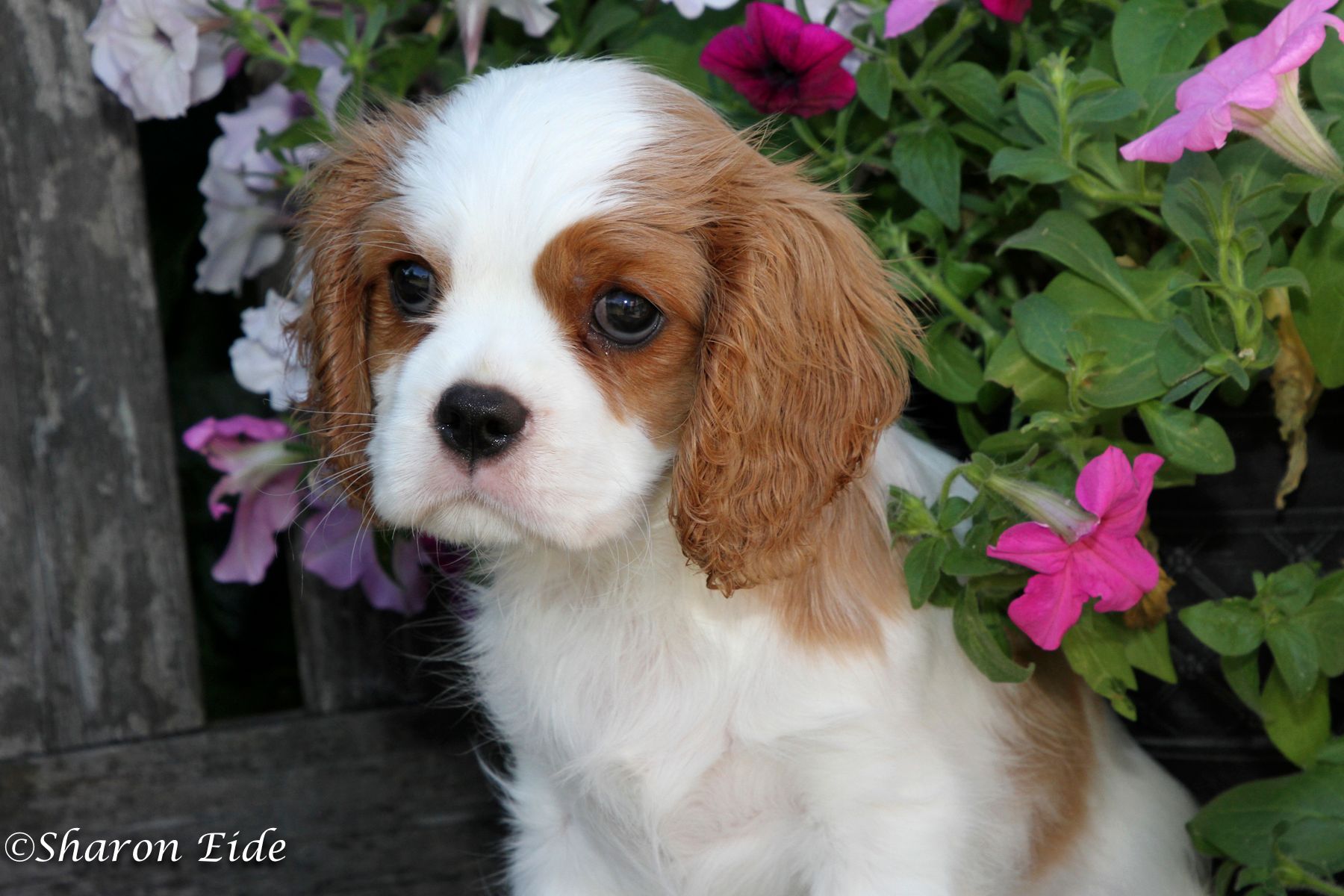 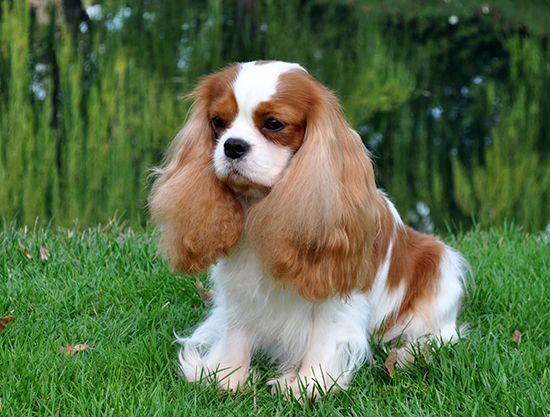 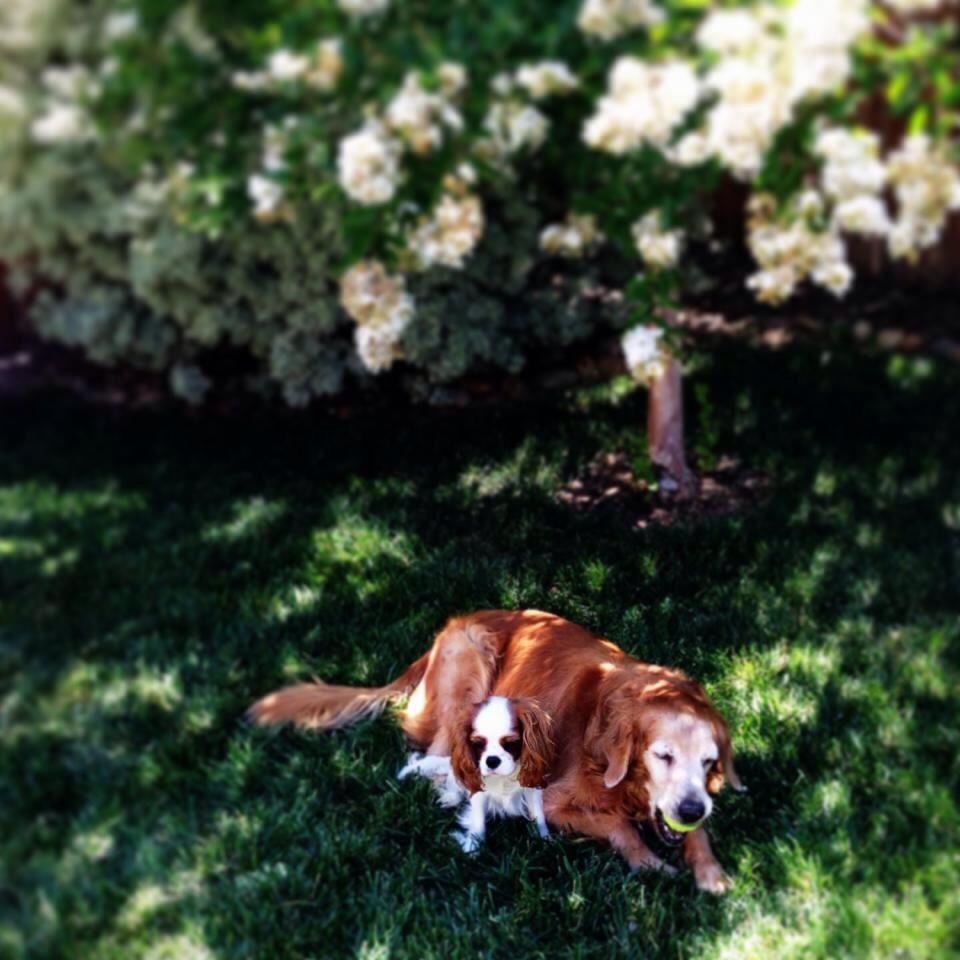 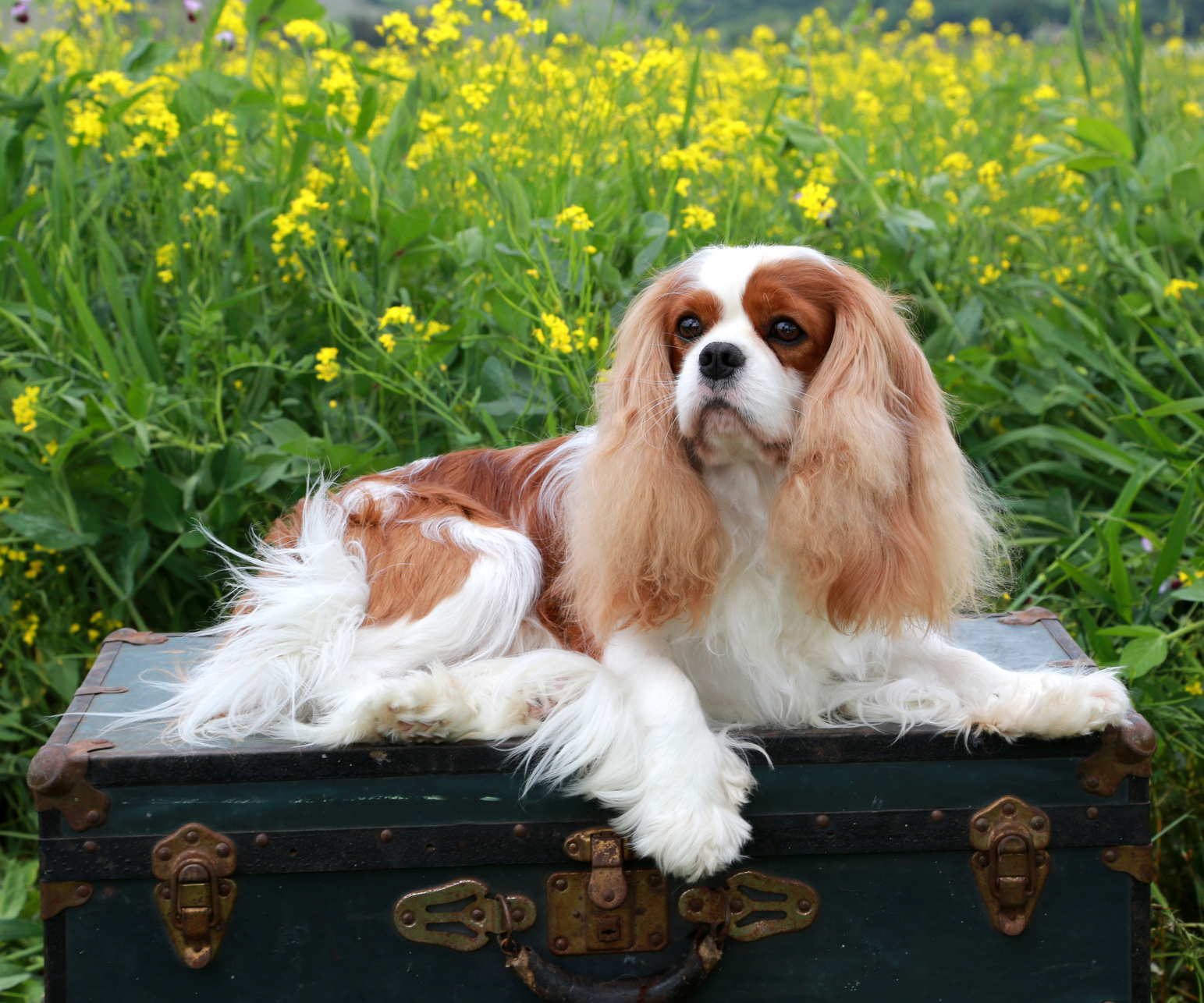 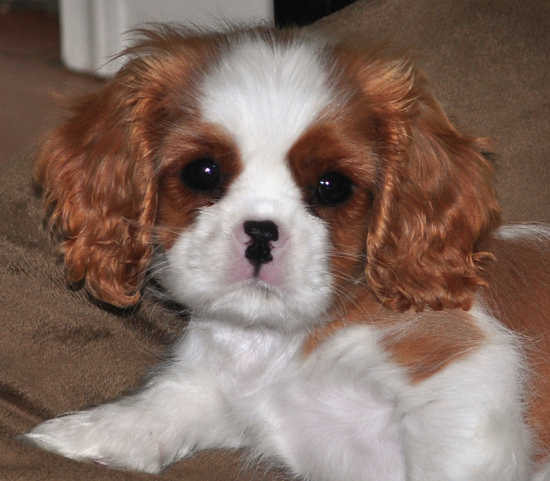 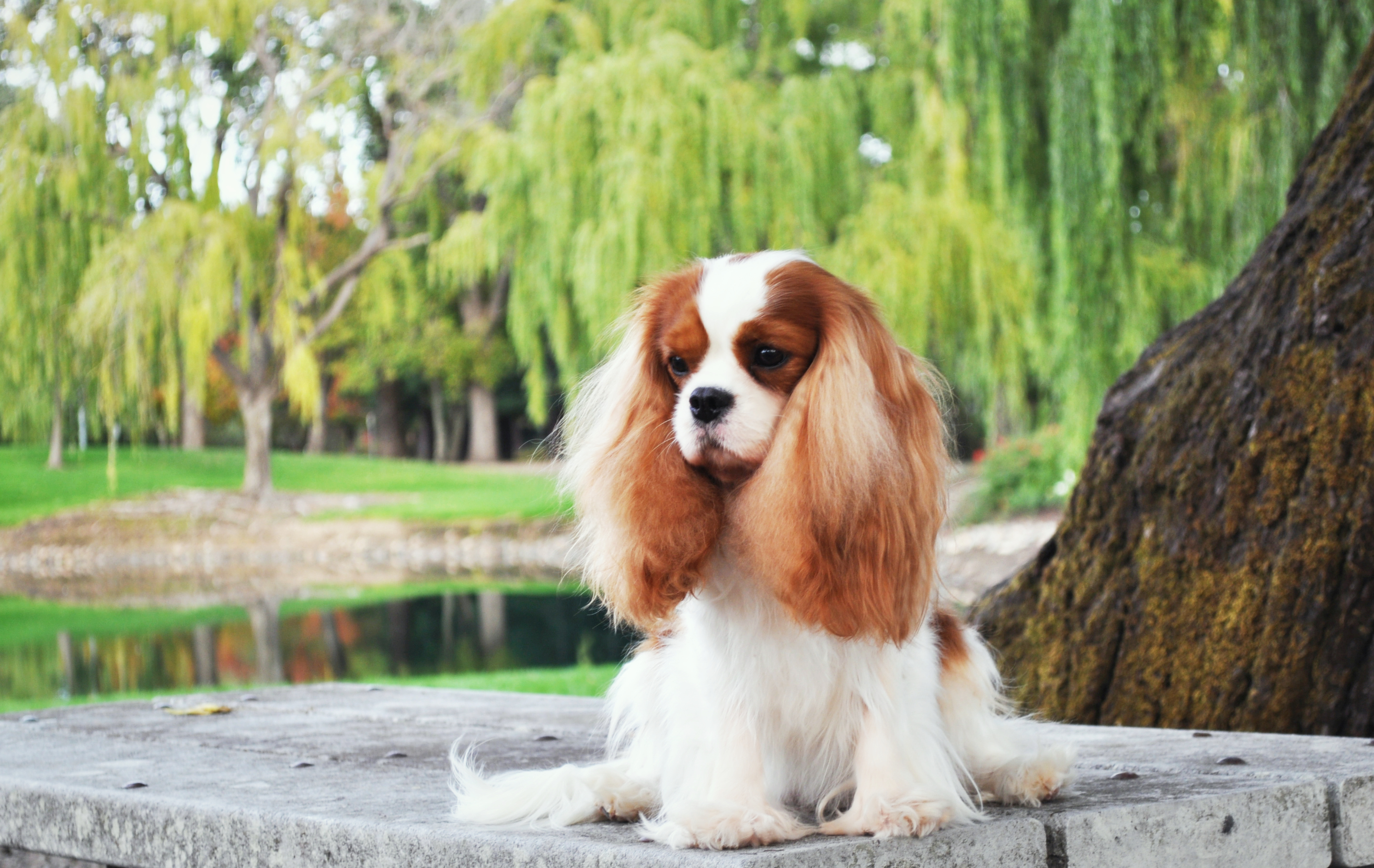 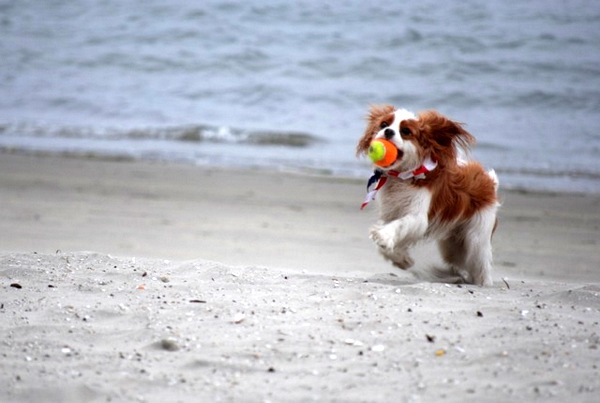 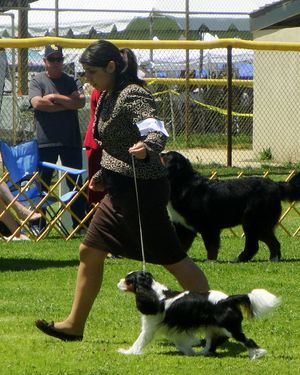 Our affix Harrington was chosen in memory of a very special dog named Harry.  Harry wasn't our first Cavalier, but he was our first show dog, and since we were both brand new to the show ring, it meant that we learned the ropes together.  He probably came by it much faster than I did--I'm sure of it, actually--but he stuck by my side, through the good and the bad, and the wins and the losses; his patience and loyalty never wavered.  Harry did well, in spite of my novice handling, and was just one major shy of his Championship when we lost him suddenly at 2.5 years old.   Though our time with him was sadly cut short, there is no shortage of things to be grateful for during the brief time we were lucky enough to know and love him.  From the long list of lessons he taught us, the friendships we made because of him, and the many, many laughs he gave us, it seemed only fitting to chose an affix in his memory. 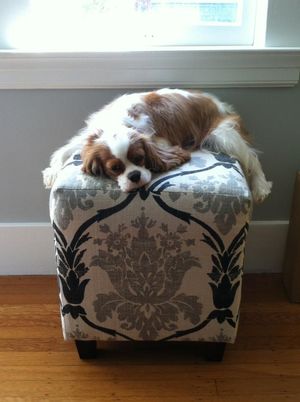 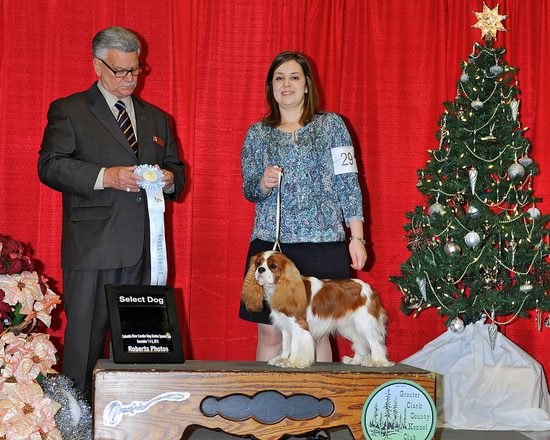 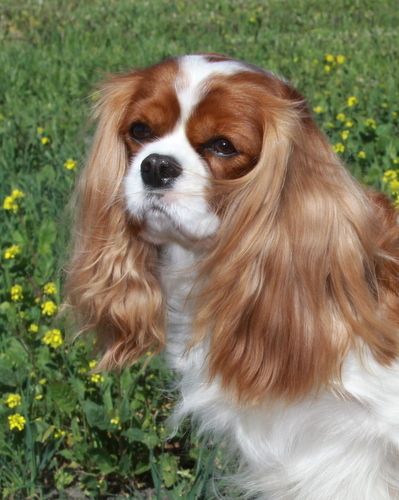 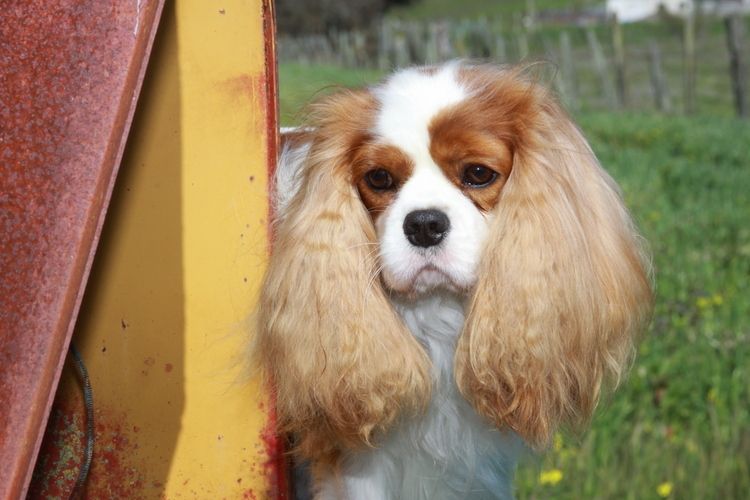 a well deserved nap after 4 days of dog shows! 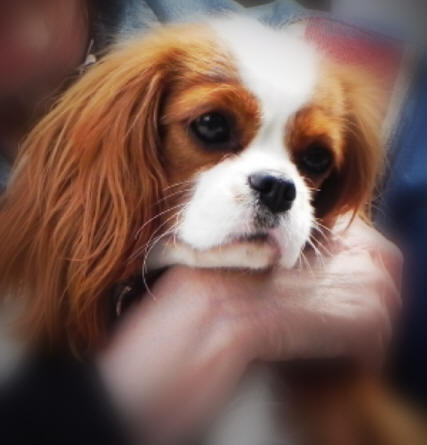 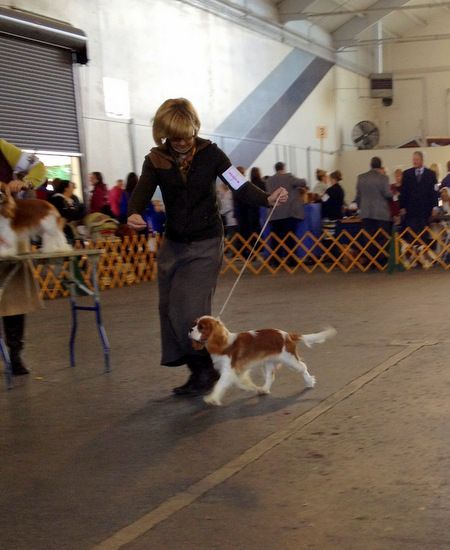 Oliver was our first Cavalier, and we could not have had a better introduction to the breed.  He was a true Cavalier, incredibly sweet, endlessly devoted, and perpetually happy.  Oliver earned his CGC easily as a puppy and was a faithful Junior Showmanship dog for many years.  He was happiest in the Juniors ring with his Junior Handler, Emma. We sadly lost him far too young from a very aggressive cancer.  We miss him terribly, and we are thankful to him for forever changing our lives 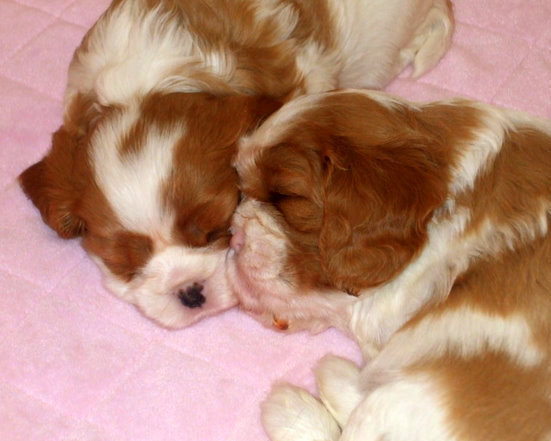 '
Two puppies from our first litter.  The one on the left grew up to be GCH Harrington Pardon My French,
and the one on the right is "Murphy" who lives happily in Burbank, CA. 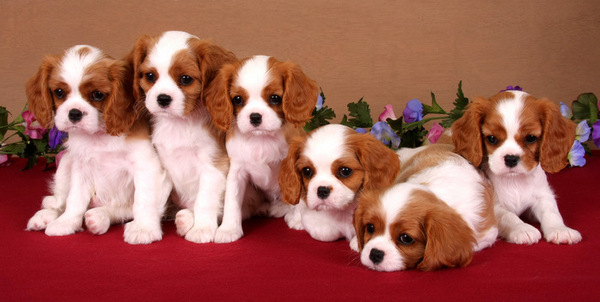