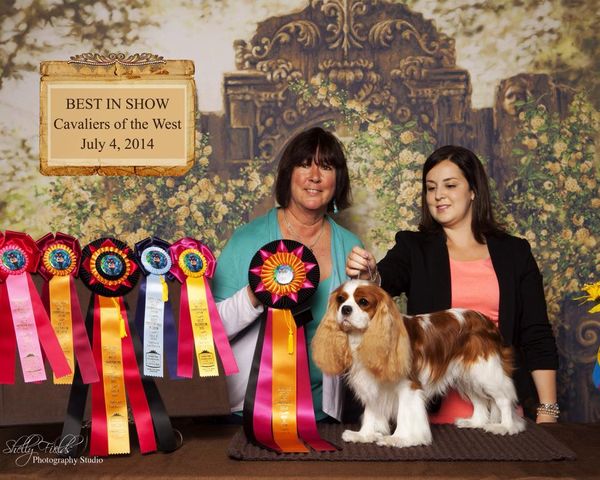 Billy Bob was Reserve Best in Show at the 2011 CKCSC, USA National Members Club show, his first time out & only 19 months old, under breeder-judge Robbi Jones.  His first time in the AKC ring, just 2 weeks later, he was WD two out of four days at Del Valle, earning 2 points under breeder-judge David Kirkland & a 4 point major under Judge Jason Hoke by going Best of Winners the day after the BACKCSC Specialty. He finished his AKC Championship just a few shows later at the Long Beach Kennel Club, with WD for a major.  In very limited showing as a special, and always owner-handled, Billy Bob finished his GCH easily with multiple BOB wins as well as a Group 1 under Judge Warren Hudson at the Chief Solano Kennel Club. At the July 2014 COTW Specialties, Billy Bob finished his CKCSC-USA Championship with a Best In Show under breeder-judge Mandy Mulligan, and went on to win a third major over the weekend with a Reserve Best In Show under judge Sara Nordin.  Billy Bob has since made a few appearances as a veteran, winning Best of Breed from the Veteran class at Woofstock 2019, in a very large entry, and an Award of Merit and Best Veteran at all 3 AKC Specialties he attended.  He is now neary 13 and still the happiest dog we know.  Many thanks to his breeder/co-owner Heidi Mohn for sharing him with us. 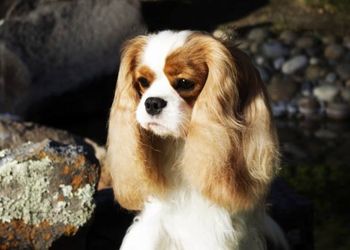 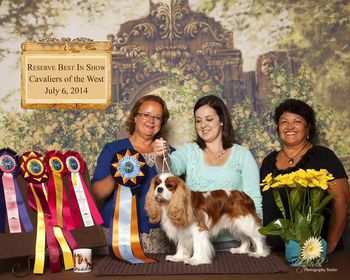 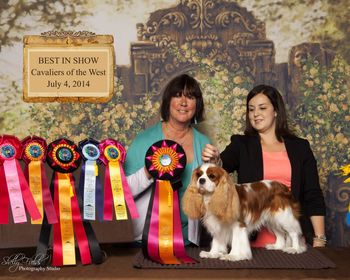 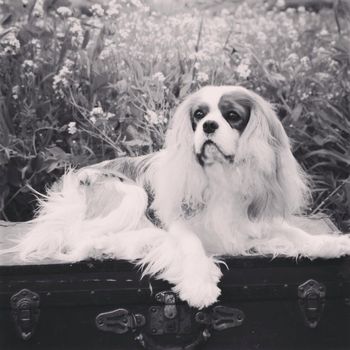 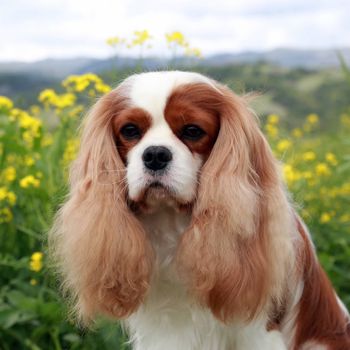 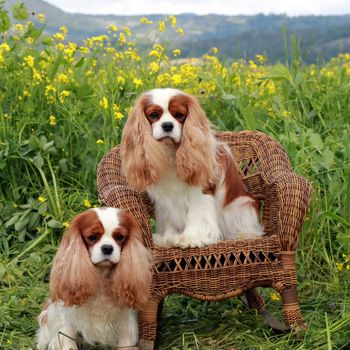 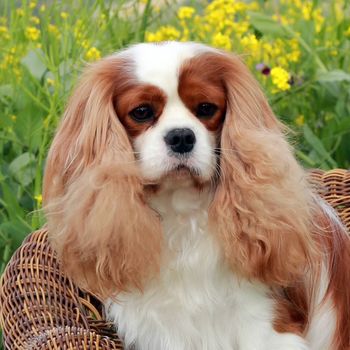 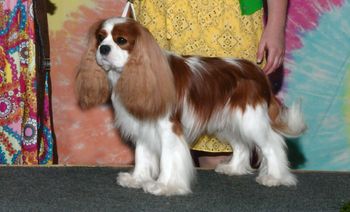 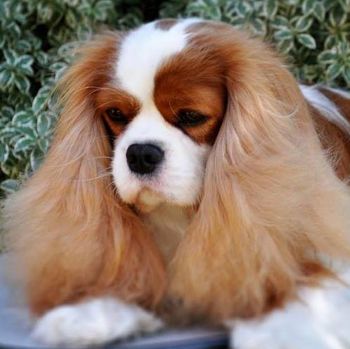 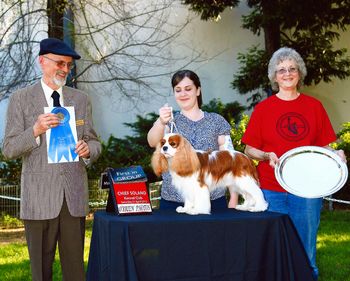 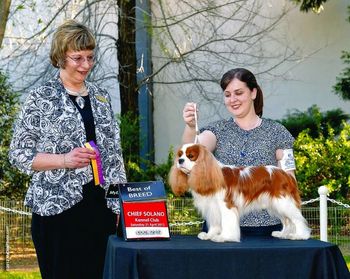 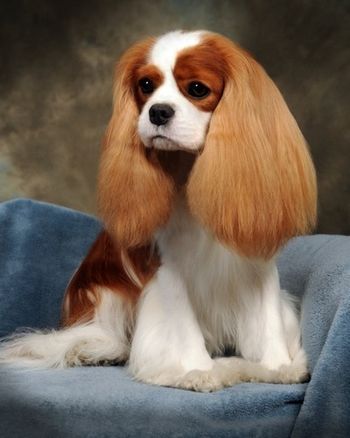 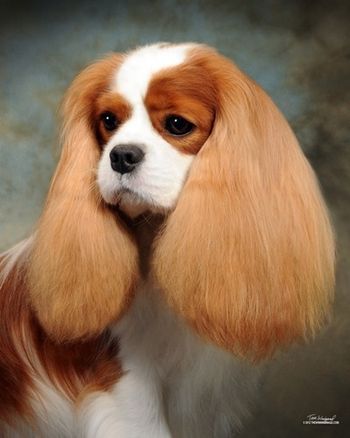 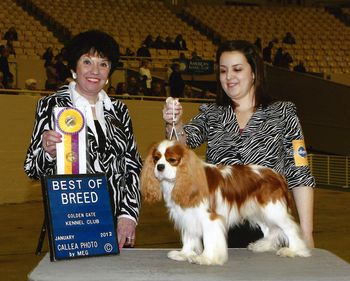 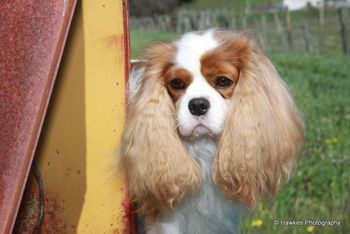 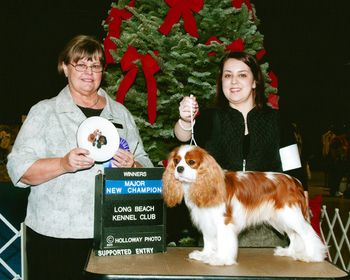 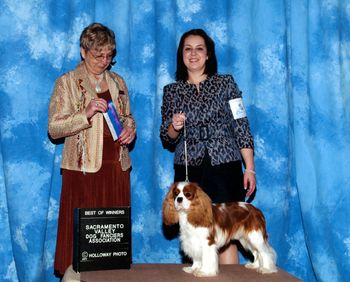 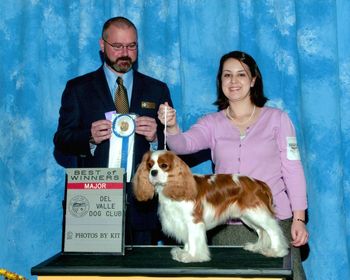 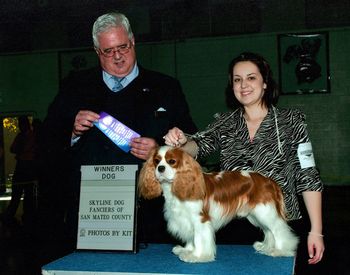 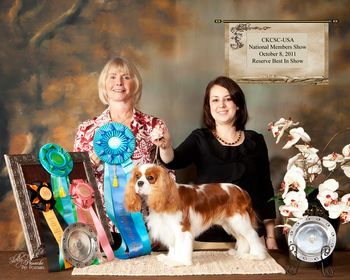