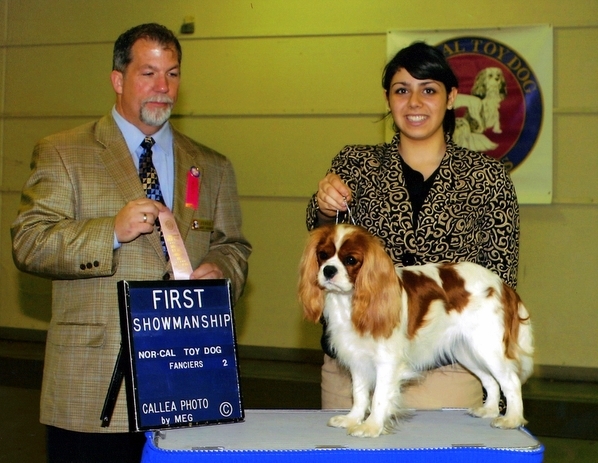 Bridgette is from our first litter and is our first homebred Champion & homebred Grand Champion.  Her first time in the ring, at a Toy Specialty & Supported Entry, she went RWB to a major from the puppy class, then Best Puppy, and on to a Puppy Group 3.  She finished her Championship the following year, with two 4 point majors at well under 2 years of age.  Some of her notable wins included a Best of Breed from the classes, a Bred-by Exhibitor Group 1, and Winners Bitch for a major at the prestigious Del Valle Dog Club--all by the time she was a year and a half old & all breeder-owner-handled.  She finished in Portland at the Rose City Classic in January 2010, expertly handled by Amy Rutherford.  After a short break, she returned to the ring & finished her GCH easily.  Bridgette is a multiple Best of Breed winner & a 2011 Eukanuba National Invitee. 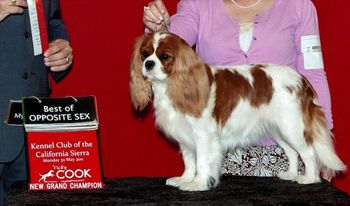 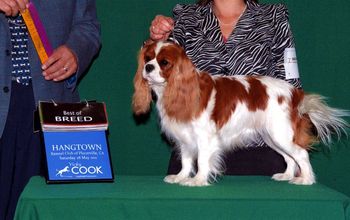 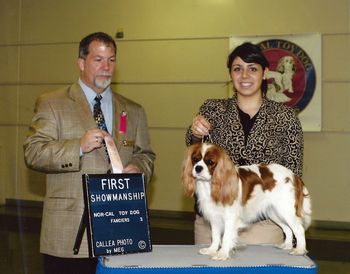 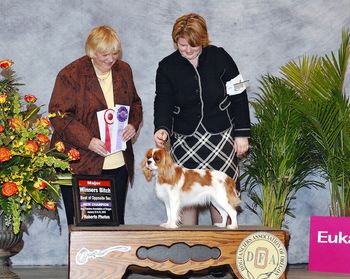 Winners Bitch & Best of Opposite to finish her AKC Championship with a 4 point major at the Portland Rose City Classic. Expertly handled by Amy Rutherford. 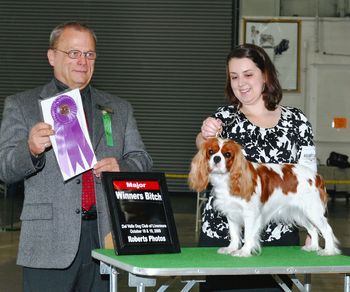 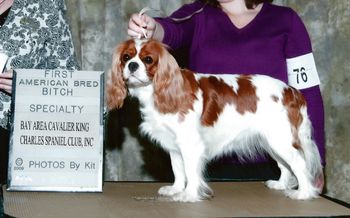 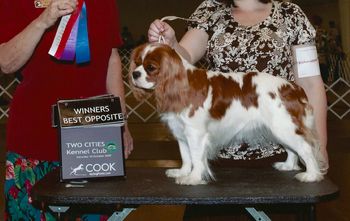 Winners Bitch & Best of Opposite under Judge Alane Gomez 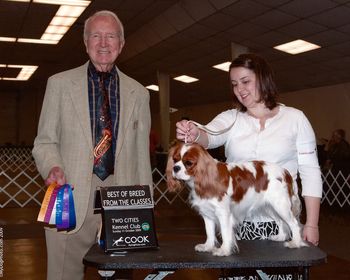 Winners Bitch, Best of Winners, and Best of Breed from the classes 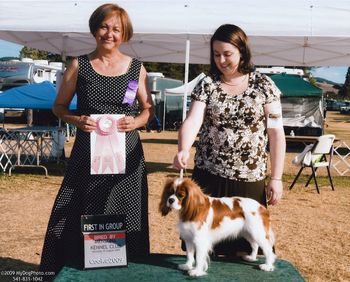 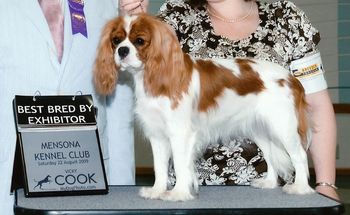 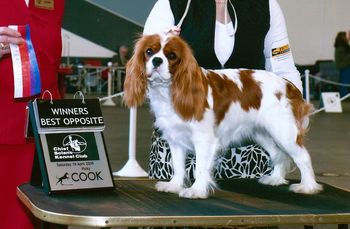 Bridgette's first points at one of her first shows, 13 months old. Winners Bitch & Best of Opposite under Judge Barbara Dempsey Alderman 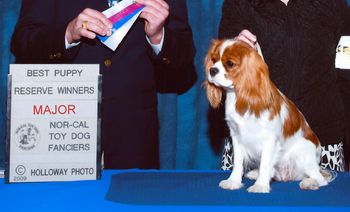 Bridgette's very first time in the ring. She went Reserve to a major at the Toy Specialty and was Best Puppy in Breed in a very large entry. 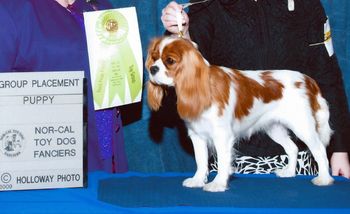 Placing 3rd in the Puppy Group at the Toy Specialty, her first show.